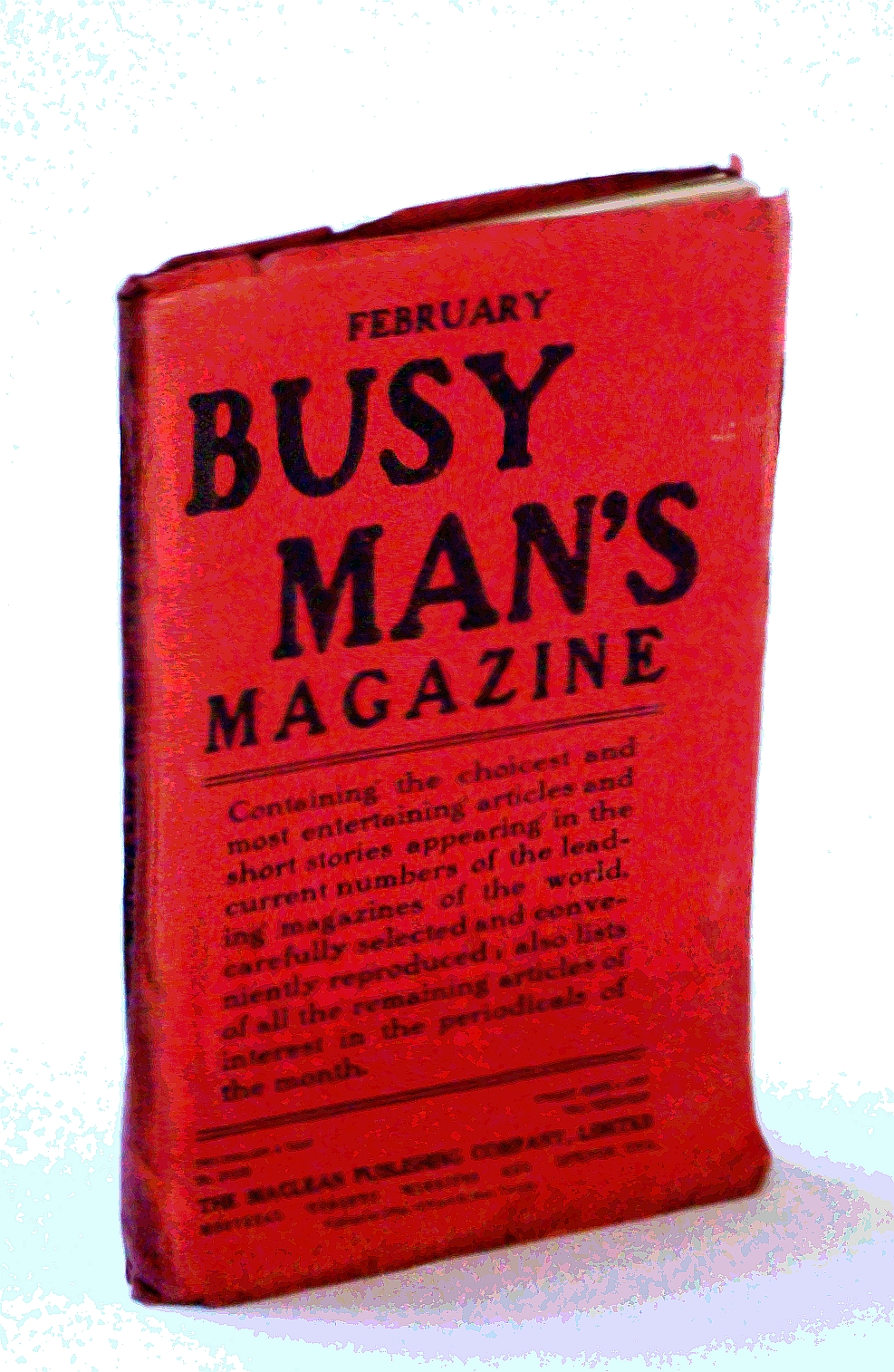 A rare surviving issue of this publication which was renamed Maclean's in 1911 after its founder Lt.-Col. John Bayne Maclean and remains in publication with the same over one-hundred years later. "Containing the choicest and most entertaining articles and short stories appearing in the current numbers of the leading magazines of the world." - front cover. 9.25" x 6.25" in red card covers. 176 pages including 38 pages of wonderful ads, many illustrated. Contents include: James Bryce, LL.D., new British Ambassador to the U.S.; Lumber king and billionaire Frederick Weyerhaeuser; The Rapid Advancement of George Bruce Cortelyou; The Lords as the Supreme Court of Appeal; Great Men as Commercial Assets; A Solution to the Problem of the Unemployed in large English cities; The Financial Supremacy of London; Guatemala - land of opportunity; The Great Jewish Invasion - the industrial and social progress made by the Jewish population of New York; A Contrast between the American and British City; New York Businessman Pearcy K. Crocker in Jamaica; On the Value of Thrift; Work is the World's Law; Short Stories; Fire Waste and How to Reduce It; Capturing Wild Elephants in Mysore; Hints on Dismissing Unwelcome Callers; Brawn and Character; Cattle Raising in the Argentine; Other Contents of Current Magazines; and more. Binding intact. Clean and unmarked with moderate wear. A sound vintage copy.