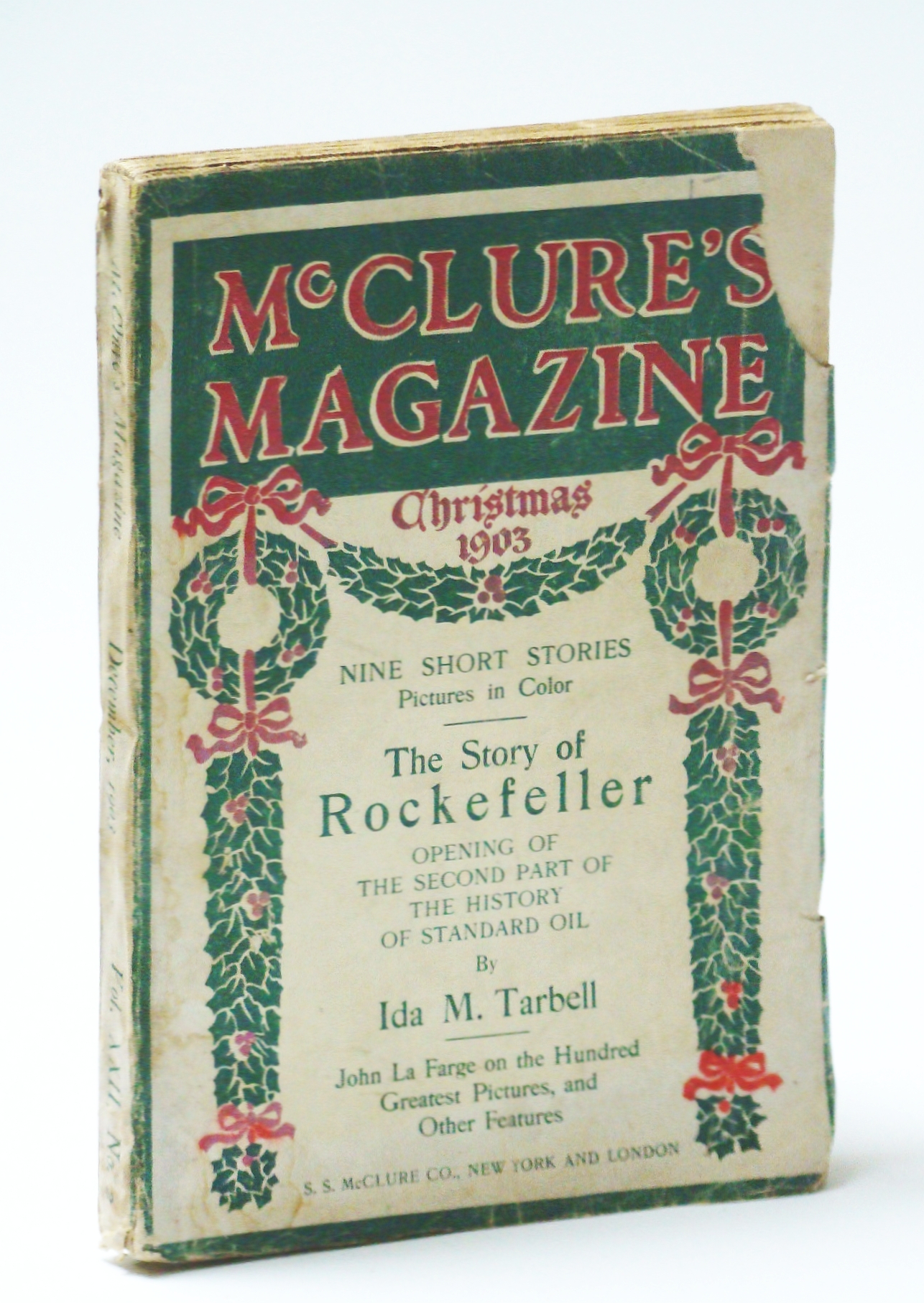 A very rare copy of this, the first appearance of The War on the Rebate, Chapter 1 of Part 2 of Ida Tarbell's ground-breaking History of the Standard Oil Company. This 14-page chapter includes a one-page illustration of J.D. Rockefeller by George Varian, plus photos of William C. Scofield, Daniel Shurmer, John Teagle, George Rice, and Benjamin Butler. This chapter deals with organized espionage, the Scofield-Shurmer-Teagle Case, and related matters. With this work, Tarbell invented what we know today as investigative journalism. She was motivated to expose the methods of J.D. Rockefeller's Standard Oil as she felt he had unfairly damaged her father's oil business. The New York University Department of Journalism ranked this study as the fifth best work of 20th-century American journalism. Also contained in this issue is an intersting article entitled The Lone Fighter, by Ray Stannard Baker, which argues the U.S. is not a free country and Americans are not free, due to labor bosses, and government by and for 'The Bosses". Binding intact. Unmarked. Above-average but not excessive external wear. Moderate moisture exposure. Dozens of pages of glorious illustrated ads. A sound vintage copy.

The Great War Magazine, Part 2 - The Standard History of the All-Europe Conflict