The Wide World Magazine, True Stories of Adventure, September [Sept.] 1929, Vol. LXIII, No. 378: At Grips With the Desert / My Trip to Devil's Island

Generously illustrated with black and white photos and illustrations. Features: "Find The Woman" - What happened in Central Africa when word spread that a venerated witch-doctress had invented a potion to render the white man's bullets harmless - with photo of Maria N'Koy in her ceremonial regalia; At Grips With the Desert - Part III - Donald R.G. Cameron's party set out to cross the Sahara and became lost for ten dreadful days - with photos and map; A Tenderfoot in Argentina - Englishman G.H. Mummery went to Argentina to try his luck on a big estancia; The "Eggers" of Yorkshire - Article with amazing photos of the people who scramble the towering cliffs of the Yorkshire coast to reap a harvest of sea-bird eggs; Brigand-Hunting in Anatolia - Capt. S.H. Woolf was stationed on the Bagdad Railway with a small detachment of Indian troops; My College Adventures - Young Carl N. Taylor was wandering around America when he decided to study in Indiana - he provides an interesting glimpse into a novel phase of American college life; The Sanyasi's Curse - A tale from construction of one of the Southern Indian railways in 1887-8; Tapu - A weird little New Zealand story from Ken J. Royal, who went hunting for Maori curios on an old native battleground; Twelve Days on a Burning Ship - The coal cargo of the old windjammer Fanny catches fire far to the south of Cape Horn; My Trip to "Devil's Island" - Excellent photo-illustrated article describing Arthur Mills' visit to the notorious French penal establishment in Guiana where Dreyfus endured his martyrdom and the betrayer of Nurse Cavell is presently imprisoned; Shorty the Sheepherder - Edith Ammons Kohl describes a strange character she met while newspapering in Montana; Rough Luck - Johannes Else's nearly successful escape from the prison at Cape Town; A Deal in Diamonds - The curious experience of an Eastern merchant while visiting Marseilles on business; The Lost Mine - Part II of II - A. Hyatt Verrill seeks a mysterious native "King" in Panama - with photos; and more. 84 pages plus 28 pages of great ads. Backstrip entirely nibbled away so covers loose but present, otherwise unmarked with average wear. A worthy vintage copy of this fascinating issue.

Title: The Wide World Magazine, True Stories of Adventure, September [Sept.] 1929, Vol. LXIII, No. 378: At Grips With the Desert / My Trip to Devil's Island 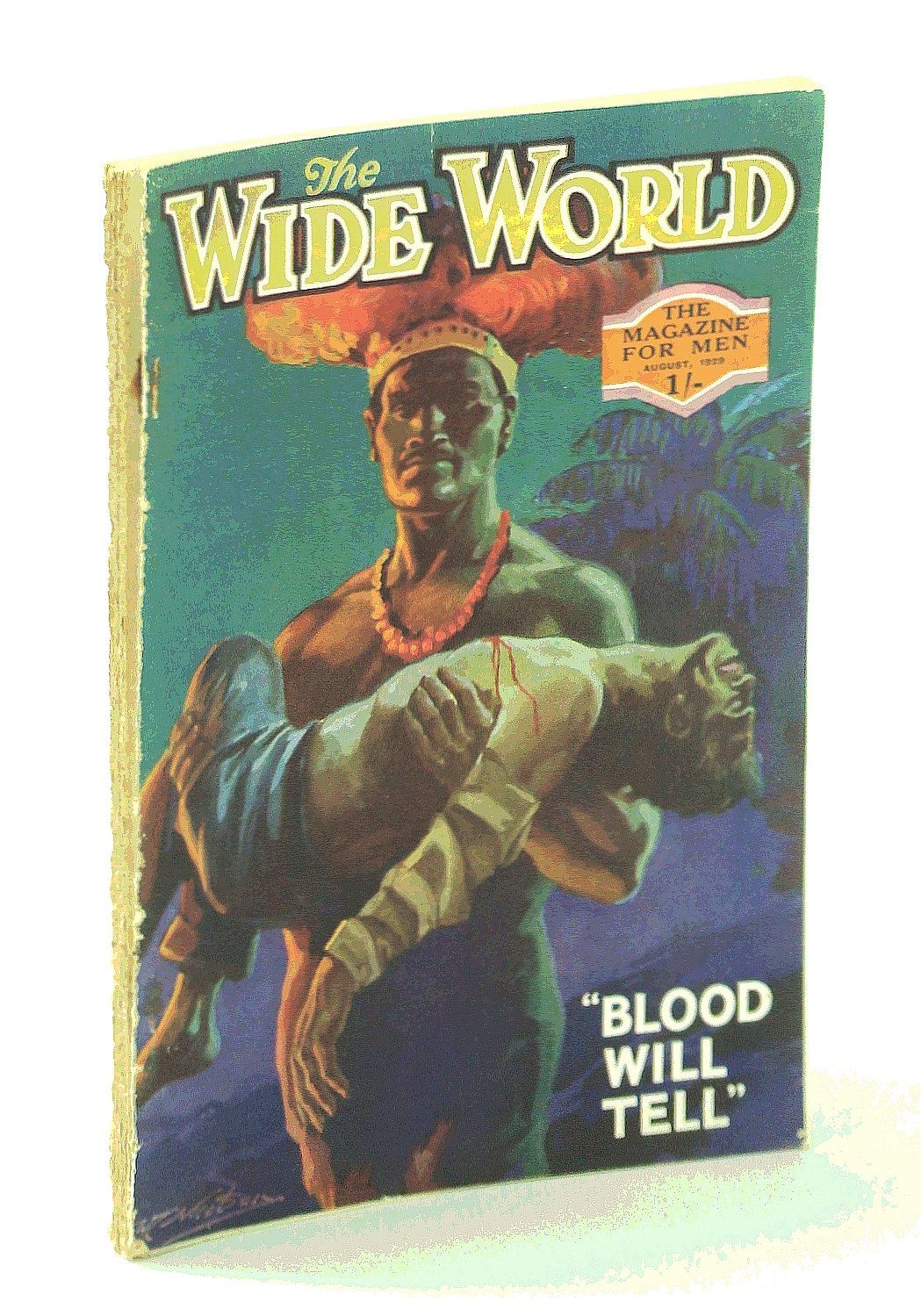 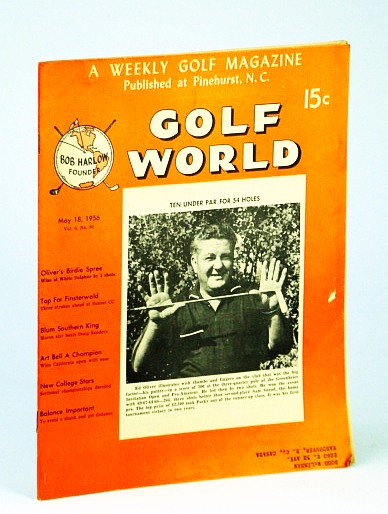 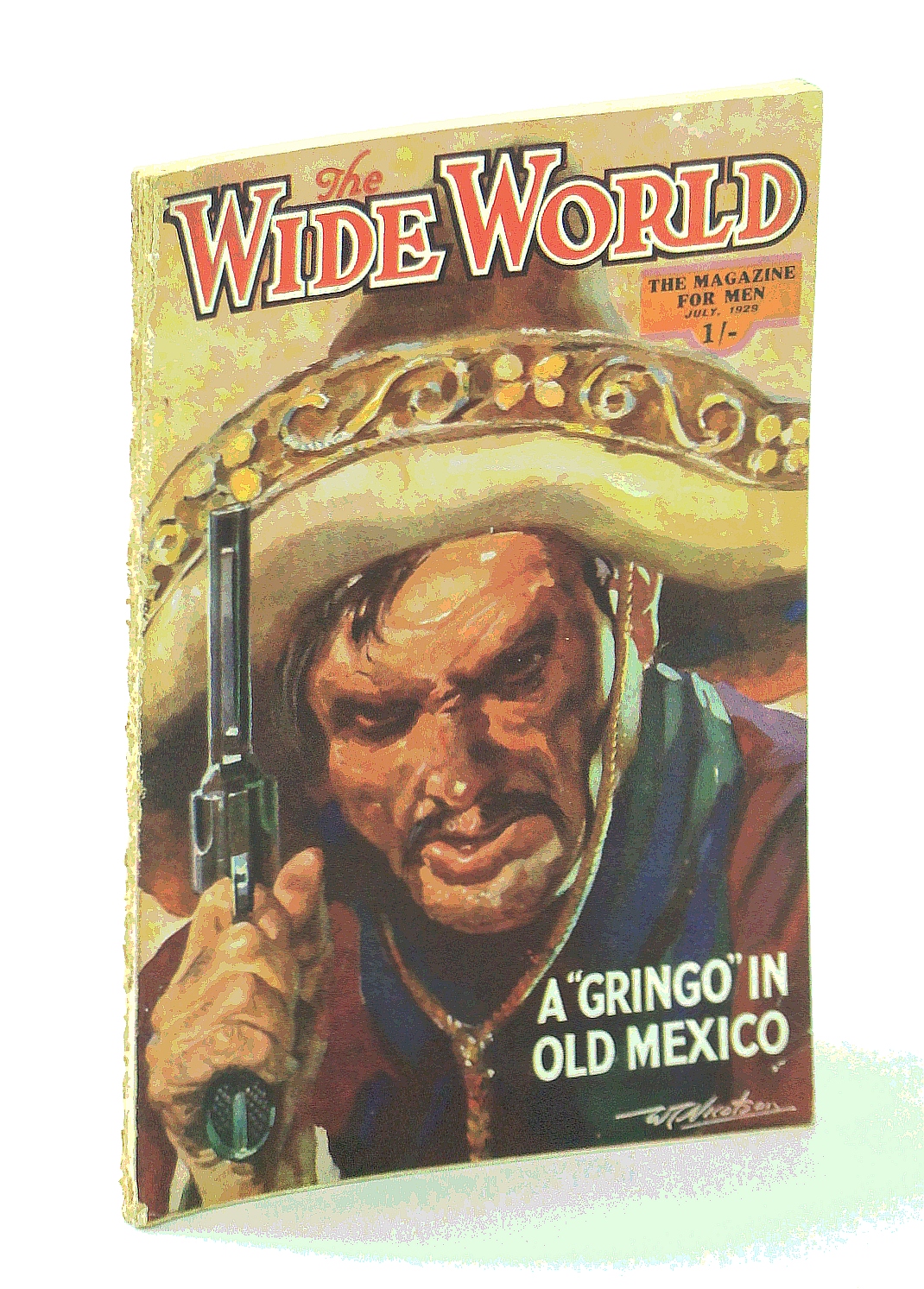 The Wide World Magazine, True Stories of Adventure, September [Sept.] 1929, Vol. LXIII, No. 378: At Grips With the Desert / My Trip to Devil's Island