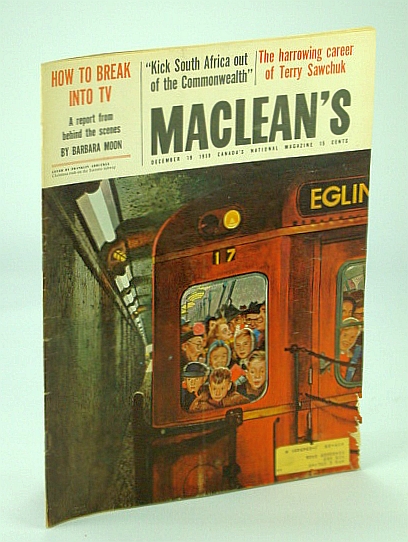 56 pages. Features: Cover illustration by Franklin Arbuckle of Christmas rush on the Toronto subway; Terence Robertson says "Kick South Africa Out of the Commonwealth"; How to Get On Television - a tour of Canada's casting offices, including coverage and photos of Sandra O'Neill who won headlines for 'the longest legs on TV'; The Many, Mighty Siftons - proud and clannish for six generations they've done more to shape Canada than any other family; The Awful Ups and Downs of Terry Sawchuk - for the 'greatest goalie of all' life on and off the ice is one crisis after another; Why Don't W...
View More...