Features: Sacrificing Freud - The psychiatric priesthood - itself torn between Catholics and Protestants - hastens the nightmare of a society run by doctors; Is Ronald Reagan a Peach-Pit Conservative or Closet Moderate? - The struggle in New Hampshire tests his belief that he's the natural heir to the G.O.P. nomination - with photos of Reagan in his youth; Kids With Kids - more and more white, middle-class, teen-age girls are having babies out of wedlock - and keeping them; The Moneyweight Champion - The investments of Morgan Guaranty Trust, largest institution of them all, account for huge ch...
View More... 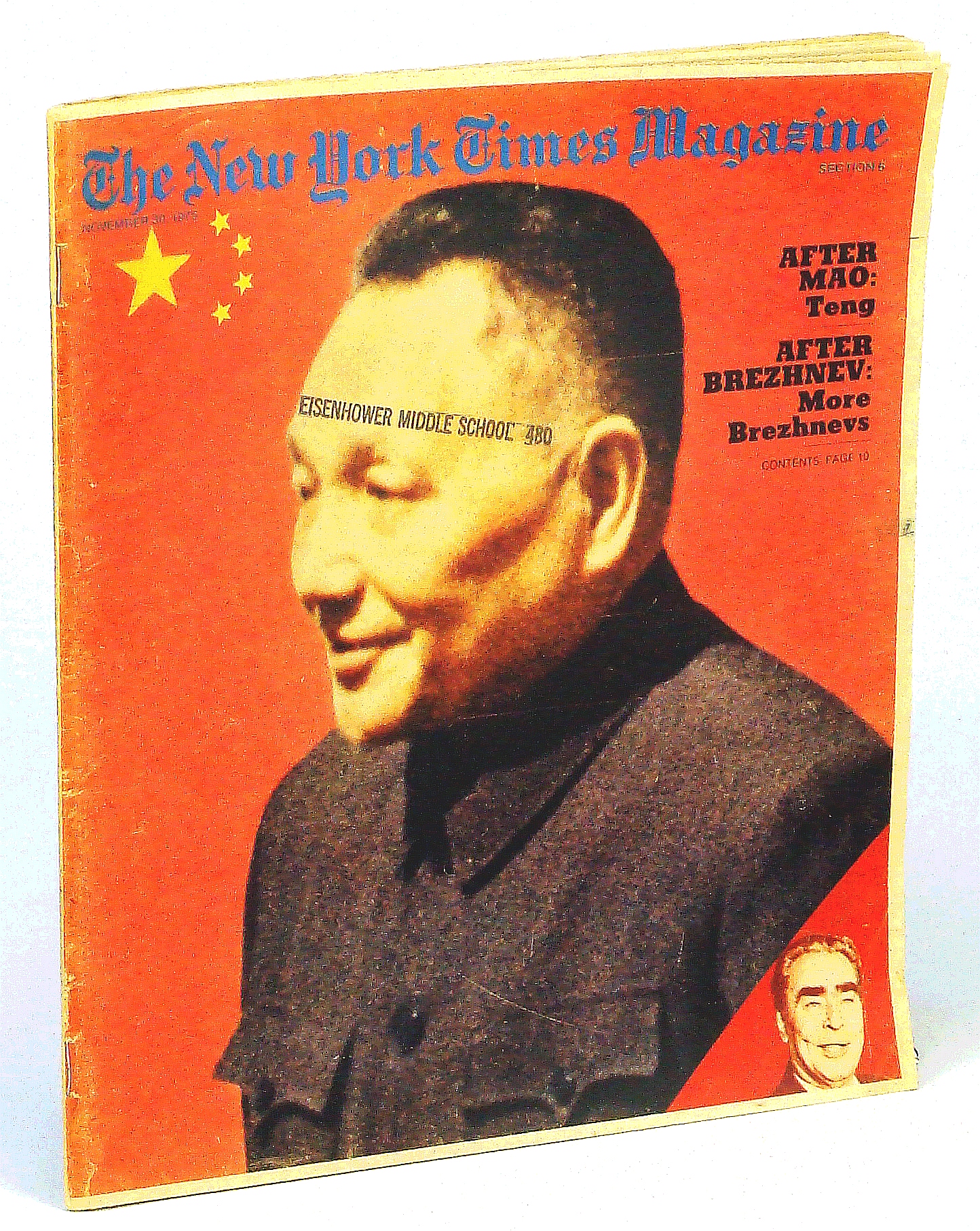 Features: Cover photo of Deng Xiaoping, perhaps the man most responsible for the mighty industrial resurgence of China in recent decades; Vantage cigarette ad features Nancy Clarke; Resurrection in China - This week Gerald Ford will be met on the tarmac in Peking by Teng Hsiao-ping, the effective head of the Chinese government; Consensus in Russia - No matter who takes over from Brezhnev, the future will be a continuation of the present; Boomer of the Arts - In nine high-voltage years Thomas Hoving has led the Metropolitan Museum the city's No. 1 tourist attraction among New Yorkers; The New Y...
View More... 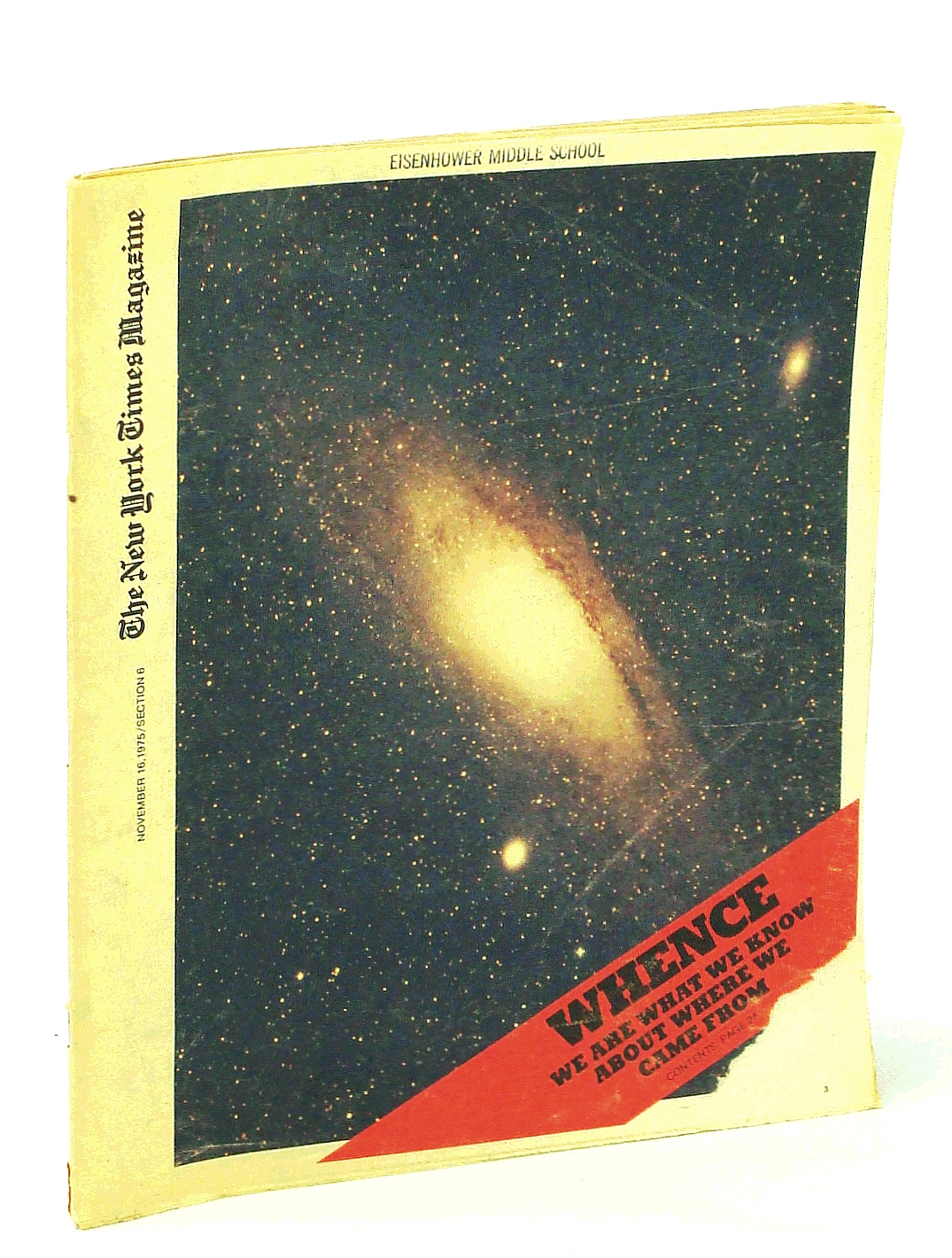 Features: Whence - Man's quest for understanding of his role in the universe, by Sir Bernard Lovell; A New Model T to the Rescue - General Motors' T-car, a.k.a. Kadett, Gemini, K-180 and, now, Chevette, leads America's race for the minicar market; Jury by Trial - There are now computers, pollsters, media analysts and even psychics to help the well-helled defendant find his panel of 'peers'; Black and white in Catholic Eyes - The struggles for survival at the bottom of America - suggests white ethnics and blacks have more reasons for unity than for division; Little Ladies of the Night - Rather ...
View More... 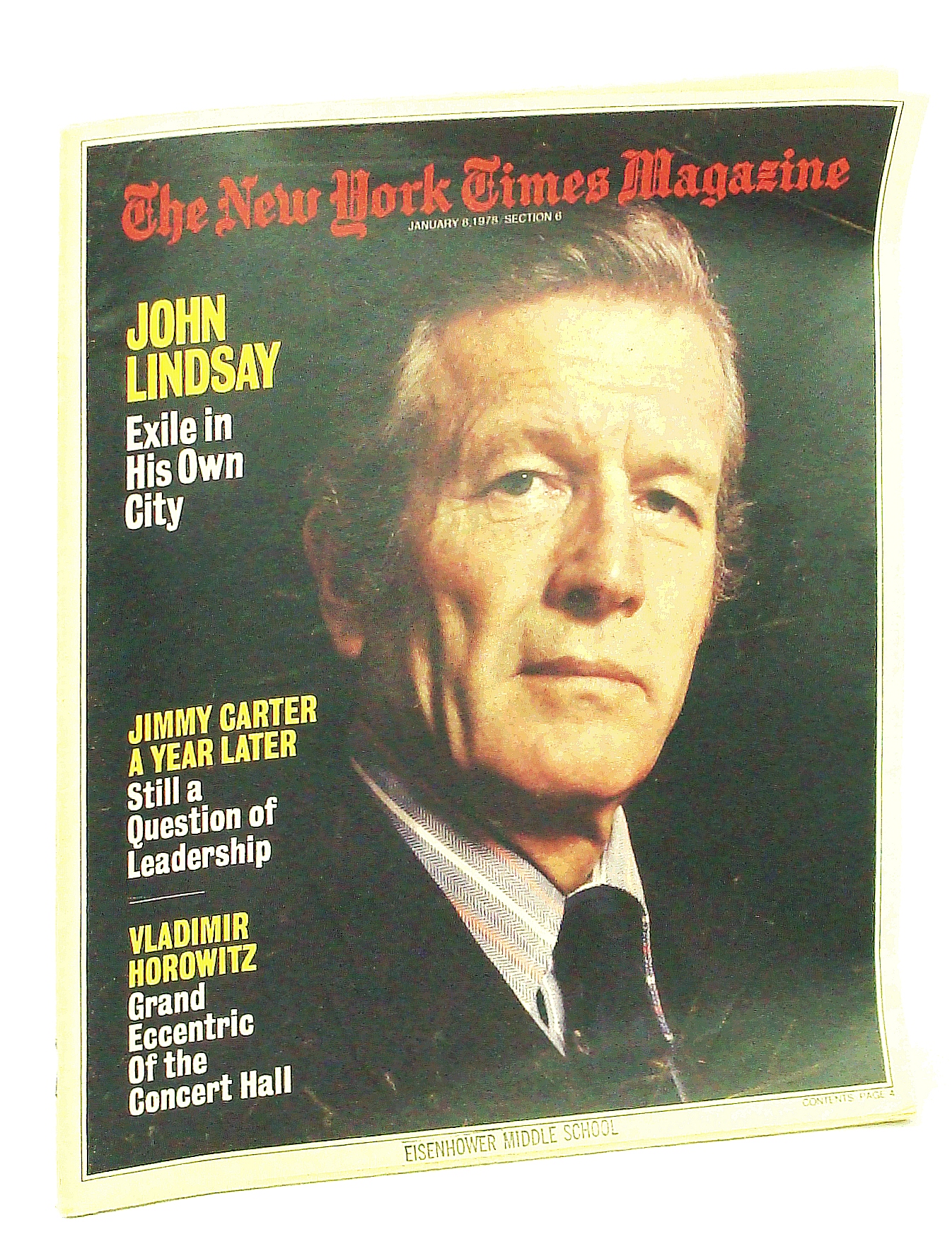 Features: Mayor John Lindsay - Once hailed as an urban messiah, now blamed for the city's financial collapse; Vladimir Horowitz - No other artist produces such music; Ethiopia is convulsed by revolution and beset on three sides by enemy forces - article with color photos; Fantastic one-page color-photo ad for Rose Marie Reid swimwear shows two beauties in the sand with background lad staring lustily; Problems of a Problem Solver - Jimmy Carter at the end of his first year as President; California's contribution to Interior Design - with Michael Taylor and Mimi London; Keeping Fit in California...
View More... 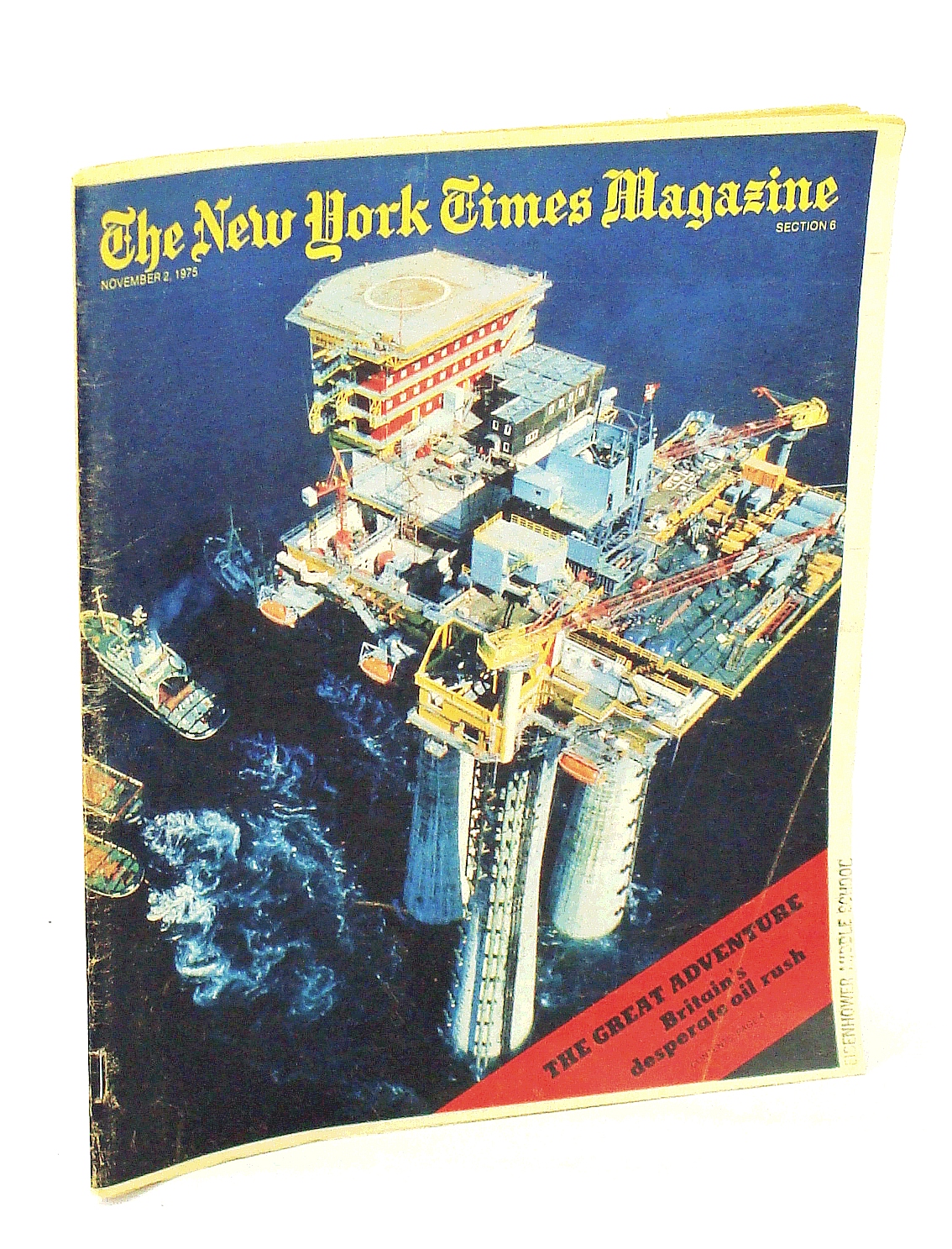 Features: Fantastic aerial photo of an offshore drilling platform; American Fur Industry one-page color-photo ad features three beauties in long coats, each eating submarine sandwiches; Drilling for Oil in the North Sea - Britain's race to save itself from economic and social upheaval; Andre Malraux interviews Pablo Picasso; Keep Open Admissions Open - For Five Years, the City University has offered an education to all high-school graduates; Can a Woman Be Liberated and Married? - by Caryl Rivers; The High Price of Treasure - The Treasure of the Atocha, which sunk off the Florida Keys in 1622;...
View More... 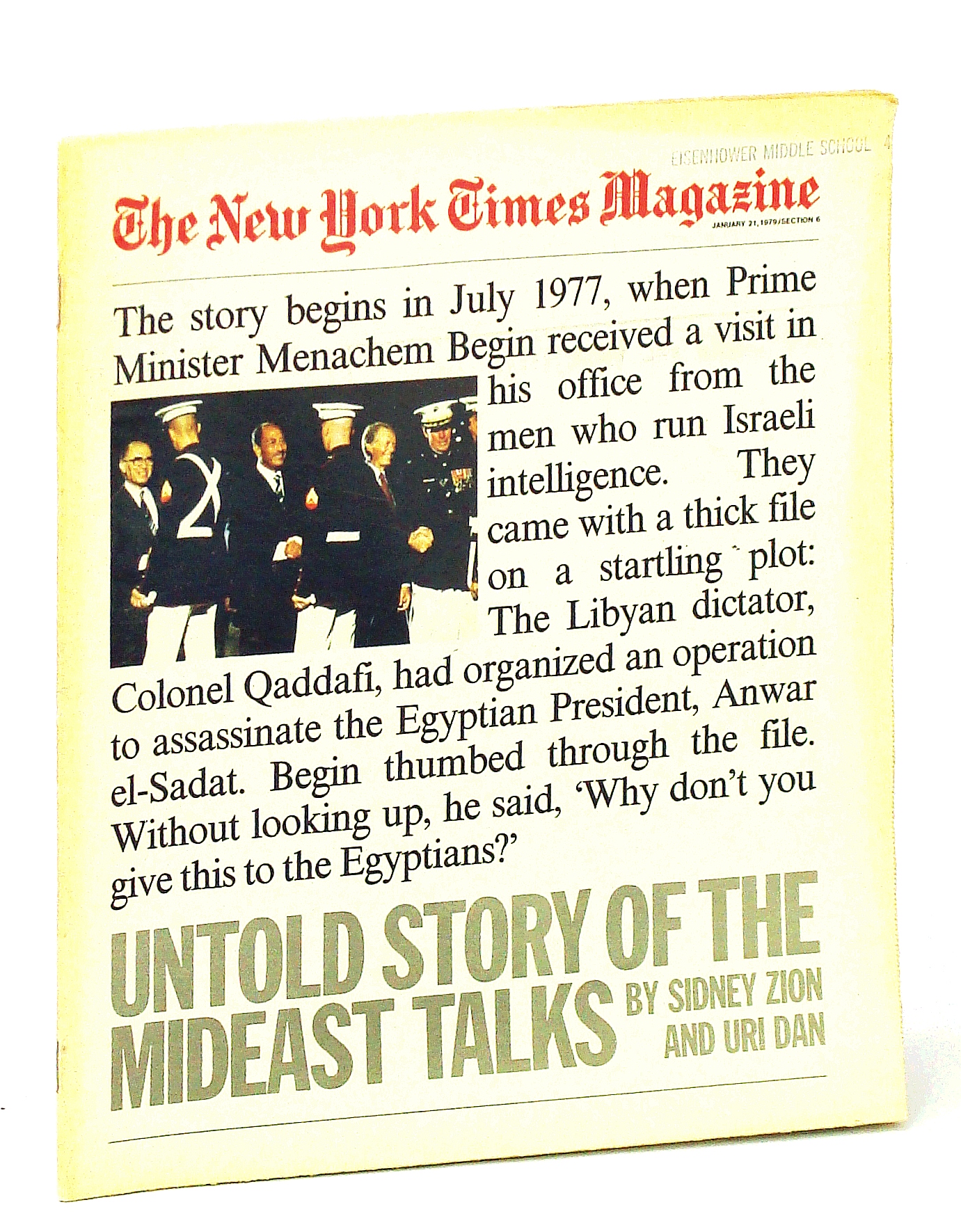 Features: Fortunoff ad features full-page photo of opera singer Roberta Peters; Untold Story of the Mideast Peace Talks (part 1 of 2) - Sheds light on how the Camp David agreement was reached - and why it fell apart; Love Canal, USA - Not until the Niagara Falls nightmare unfolded did Americans realize the horrors of ground pollution; Sherrill Milnes - Verdi Would Have Loved Him; Ninth Precinct Blues - photo feature of the tough life of cops in this "ugly and terrifying" place from 14th down to Houston St., from Broadway to the East River; 1/3 black and white photo ad for Lotus cars; A...
View More...

Features: Cover photo of the statue of J.Q.A. Ward in Central park; D-Day - An account of the operation from twelve hours before the first seaborne landing to twelve hours after, by Hanson W. Baldwin; France's first year under Charles de Gaulle; Great photo feature on Ethel Merman who stars in "Gypsy"; When the Public Judges the Supreme Court; Science, Psychiatry - or Witchery? - Elspeth Huxley examines what, if anything, the witch doctor does for his patients that might be of value for the rest of the world; Big League Pitching - In addition to brawn, a pitcher needs a brain; Fashion ...
View More... 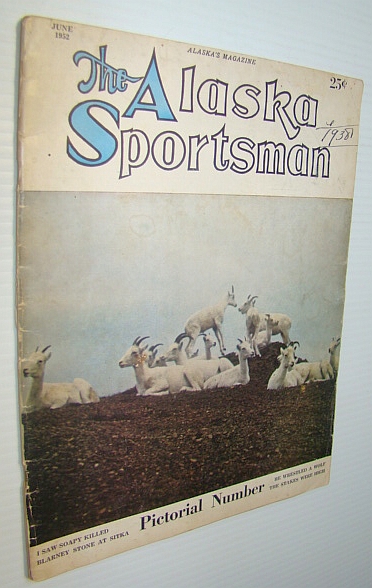 58 pages. Dozens of great black and white photos. Features: Great vintage ads including Alaska salmon, Remington ammo, Ketchikan Spruce Mills, and many more; The opening of the Hart Highway in B.C.; I Saw Soapy Smith of Skagway Killed - Frank H. Reid gave his life to rid the city of organized anarchy - many photos with article; He Wrestled a Wolf; Blarney Stone at Sitka; Dawson; From Ketchikan to Barrow; Sourdough Pete (cartoon); The S.S. Humboldt; Honk the caribou - an honorary member of the Army; and more. Complete and intact. Above-average wear. Bit of writing on front cover. A worthy...
View More... 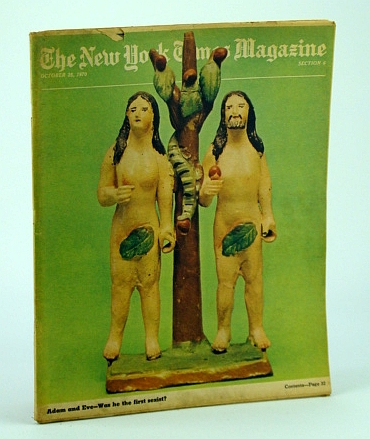 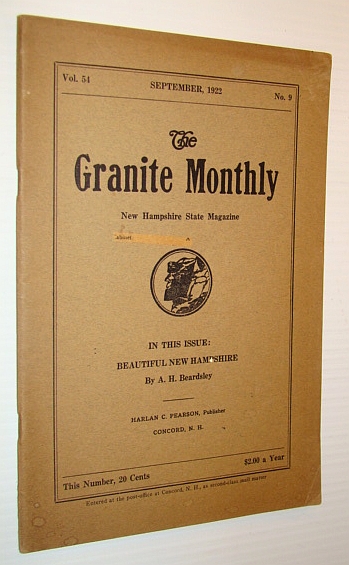 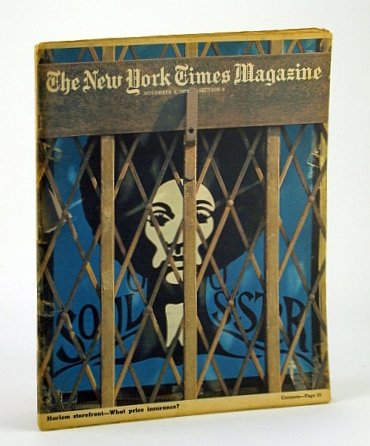 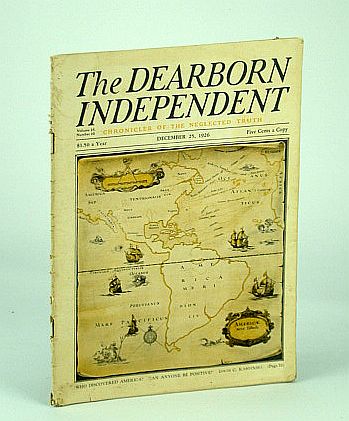 The Dearborn Independent (Magazine) - Chronicler of the Neglected Truth, December (Dec.) 25, 1926 - The Rise of an American Race

32 pages. Features: Interesting photos of unusual work and play inside front cover; Public demands that Congress suppress (Radio) Pirates of the Air; The Divine Comedy of Newspapers; The Rise of an American Race - What Effect Will the 'Old Stock' Have on the People of the Future?; With General Gouraud in the Land of the Crusaders; The Birthplace of the Quaker Poet - the Whittier homestead; Henry Ford's Page - the American home, in its economic aspect, is a business proposition; Editorials - Merchant Mr. Nathan Strauss and his allegation of "the campaign of slander against the Jewish Peopl...
View More... 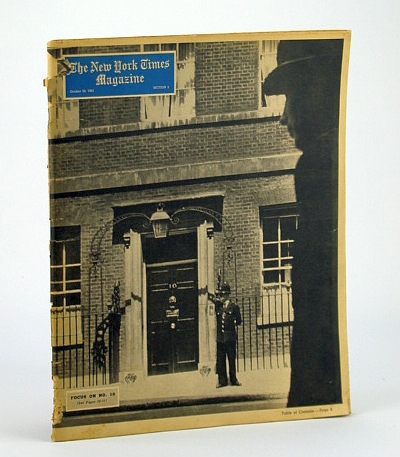 120 pages. Features: 10 Downing St. Cover Photo; What Bearing does Trade Have on the Cold War and the Chance of Peace?; Britain's Politics - and Britain's Future - photos and brief article; Passport Barrier - The State Department insists on deciding which countries Americans may Visit; The Draft - Many Threatened, Few Chosen; Article and photos of an 'uneventful day at the Berlin Wall; Senator George B. Russell of Georgia - symbol of civil-rights opposition; How JFK gets the answers; Photos of U Thant at the U.N. - 10am to 8pm; Photo-illustrated article on British Painter Francis Bacon; The A...
View More... 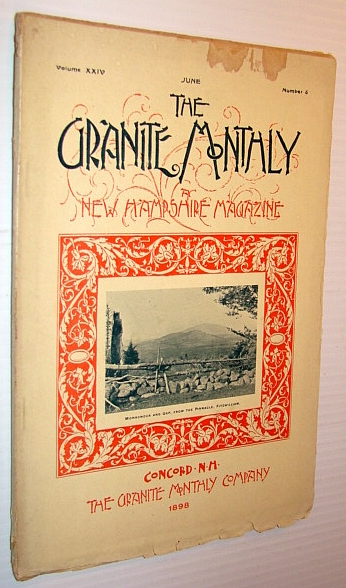 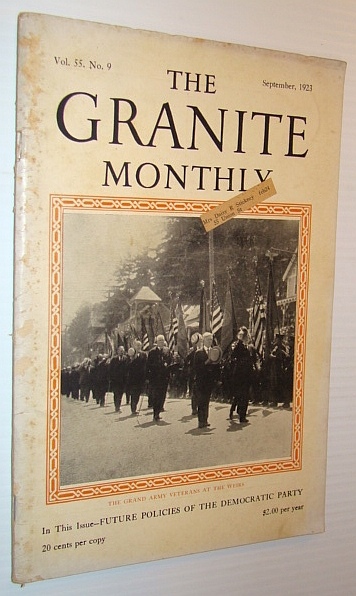 Pages 405-455. Black and white photos. Features: Future policies of the Democratic Party - i. forty-eight hours, taxation, and water power ii. the Democratic Party of the future iii. for the rights of the average man; "Three sentinels of the north" and the Durham meeting; New Hampshire looks back over her splendid past - photos of scenes from this month's celebrations; "Are you a hiker?" - some suggestions for campers; A forest fire - article with sad photos of the aftermath; The Bristol Dam - an important water power development - article with four excellent photos; The stor...
View More... 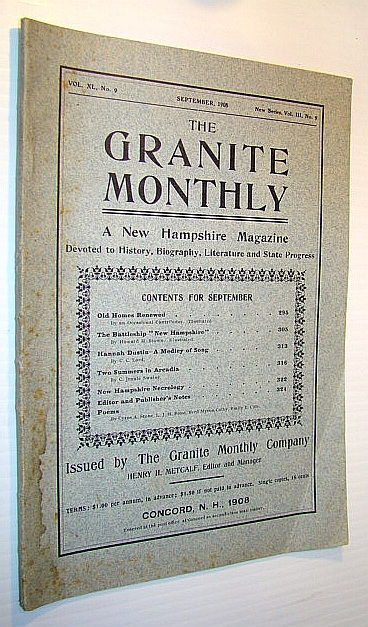