Pages 102-196 pages plus 32 pages of great vintage ads. Features: The Mutiny of the "Ziba" (part I) - a brutal captain and mates are murdered by their crew; Among Head-Hunters and Cannibals - great photo-illustrated article on some of the experiences of Captain W. Sinker who for years cruised the South Sea Islands in command of the Melanesian Mission steamer "Southern Cross"; The Rivals - two men were in love with the same lady; The Bluffing of Din Mahomed - a rascally Indian postal worker is brought to justice; The Runaway Train - story from a branch line of the C. and N.W.R....
View More... 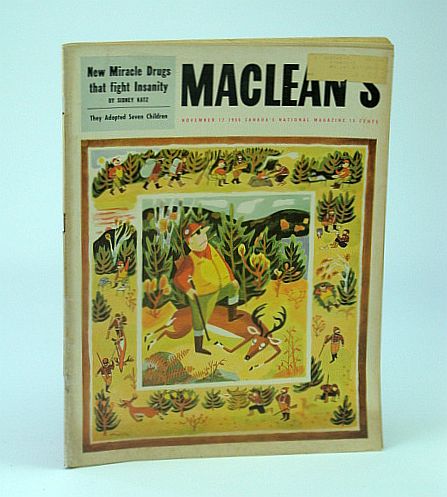 The Beaver, Magazine of the North, December 1952, Outfit 283 - James Burr Tyrrell / With Sir William Butler on the Omineca

50 pages. Many reproductions of black and white photos. Printed upon glossy stock. Features: The Christmas Holyday; Hunters on Sea Ice - photo study; Tyrrell of Canada - Great photo-illustrated article on Joseph Burr Tyrrell, distinguished mining engineer, now in his 95th year, knew the West before the railway came, and was the first white man in many parts of the North; England on the Prairies - the people of Cannington Manor tried to bring a bit of their English life to the Saskatchewan prairies - article with photos; The Indian - today and yesterday - interesting photo-illustrated articl...
View More...

Features: Outlaw Stronghold - the hectic history of a rugged wilderness area in Oklahoma and Arkansas often used as a sanctuary by fugitives; Climbing the Sutherland Falls in New Zealand; Frensham's Bungalow - a strange story related by a former officer of the Indian Army; A Bid for Fortune - a young newcomer to Darwin, Australia joins a veteran skipper in a trip to a secret pearl-oyster bed; A Pygmy Net-Hunt - a graphic description of a most ingenious method of capturing wild animals, with photos; The Lost Mine (Part I) - Somewhere in Panama lies Tisingal, reputed to be one of the richest gol...
View More...

Over one inch thick. Many black and white photos. Features include: Through the Fields of Chukchi - a report of a Russian icebreaker's trip through a frozen sea; Along the Walnut Run - an N.F.B. story of the Nodwell Transporters, all-Canadian mechanical monsters; Tin Can Line is a Mighty Fine Line - a fast trip along a fantastic railway; Pioneering Arctic Air Services in Greenland - Scheduled Helicopter Flights; Transportation and the Settlement Frontier in the Mackenzie Valley Area; 175 Years after Mackenzie - a trip along the route of the great explorer; Beasts of Burden - a chapter from a...
View More... 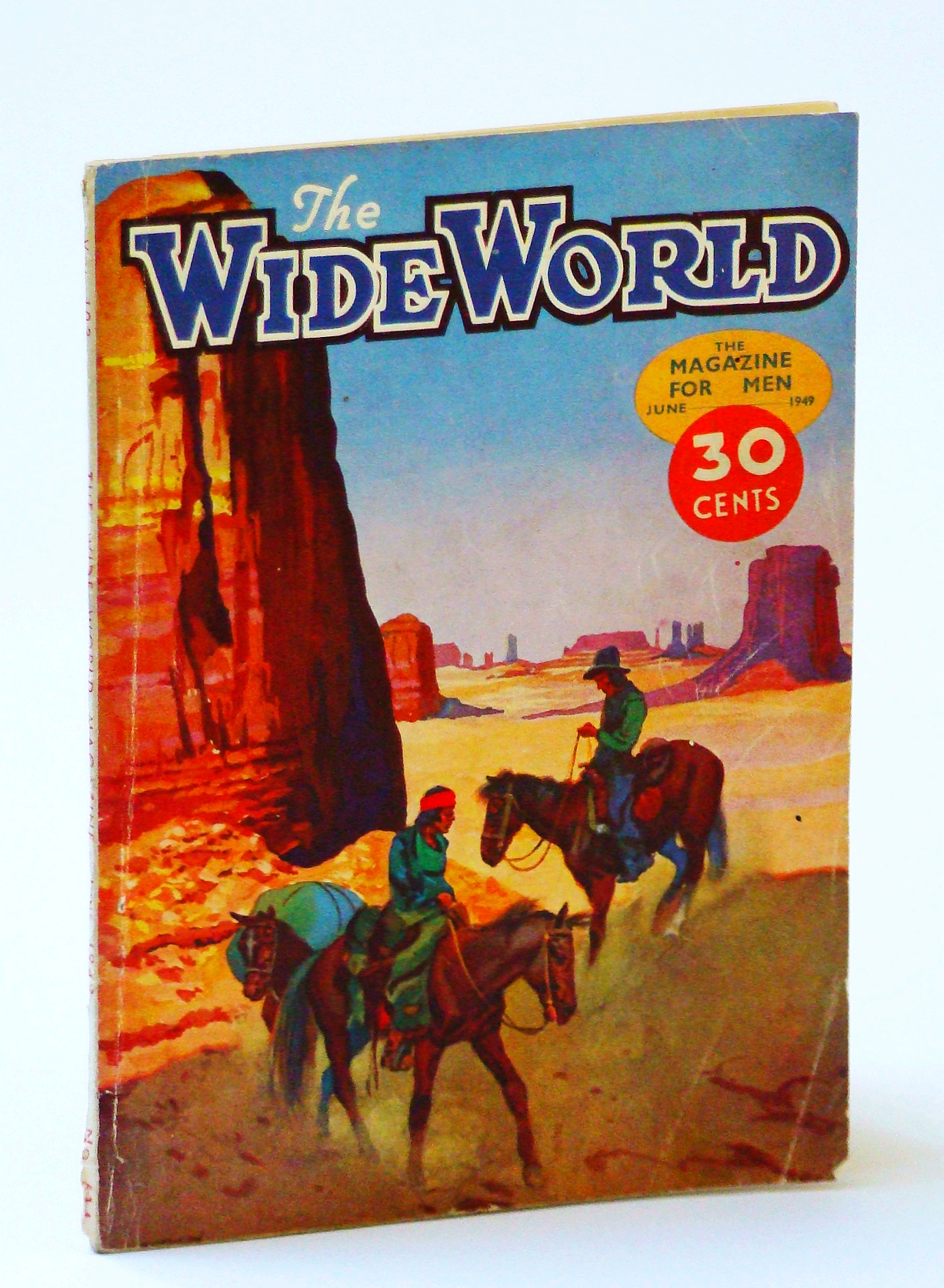 Features include: Sunken Treasure - In 1799 the British frigate Lutine sand off the Dutch coast and in 1933 a new method of salvage was attempted; A Burmese Houdini; Tiger's Teeth - An English Adventure; The Major's Panther - Amateur big-game hunters get lucky; #20,000 - the eventful life of a banker; On the Trail in Wonderland - Travels through Navajo Indian country; Three Queer Mysteries from Malaya; Our Trip to the Buffalo Country - An Australian Journey; Looking Down the Devil's Throat - A trip to Iguassu Falls in Brazil; The Naga Head-Hunters of Assam; Where Water Burns - An Alberta Story...
View More... 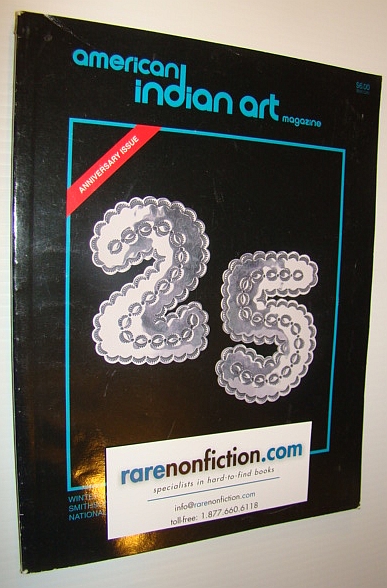 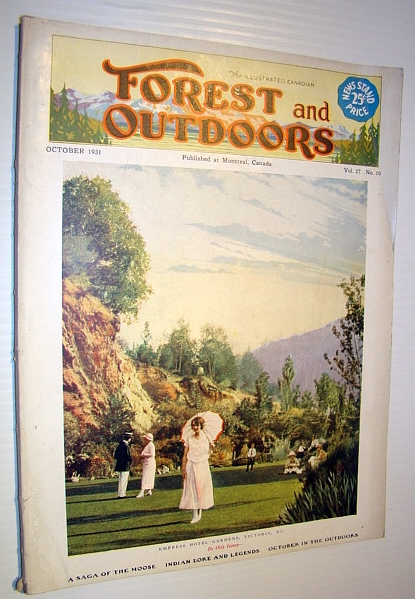 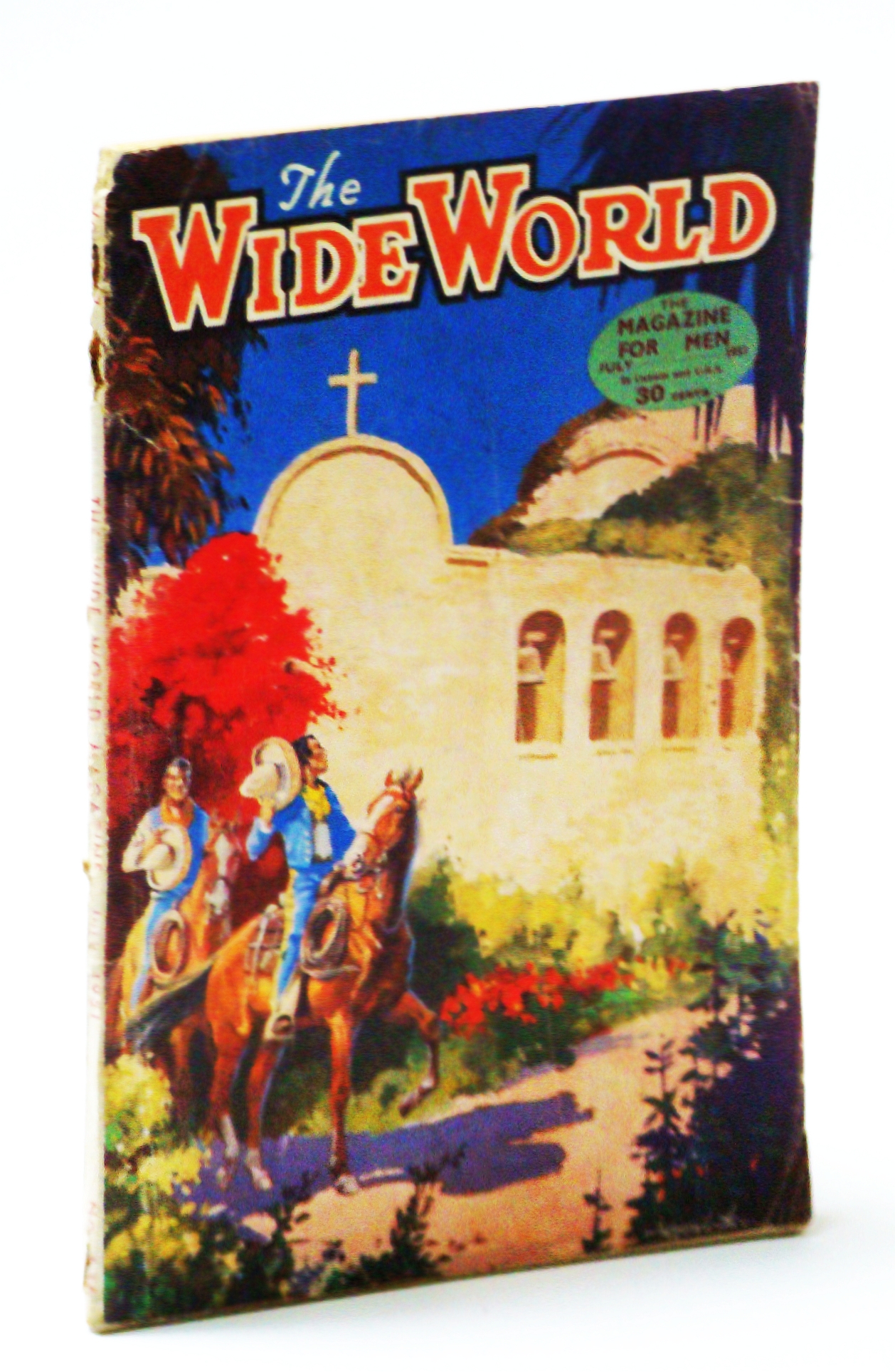 Features include: Five Hundred Miles to Freedom - the story of nine survivors of the Japanese capture of Rabaul; The Land Sharks - Would-be settlers in Canada fall victim to wonderful stories from plausible strangers of how to 'get rich quick'; Man-Eater - A former member of the Burma Frontier Service describes the eventful career of a tiger; Vale of the Gods - a curious blend of immemorial ritual and popular merrymaking in the Northern Punjab; The Ju-Ju Doctor - The facts of an amazing occurence on the Gold Coast; The Dragon - Author gets the scare of his live on an East Indian Island; The ...
View More... 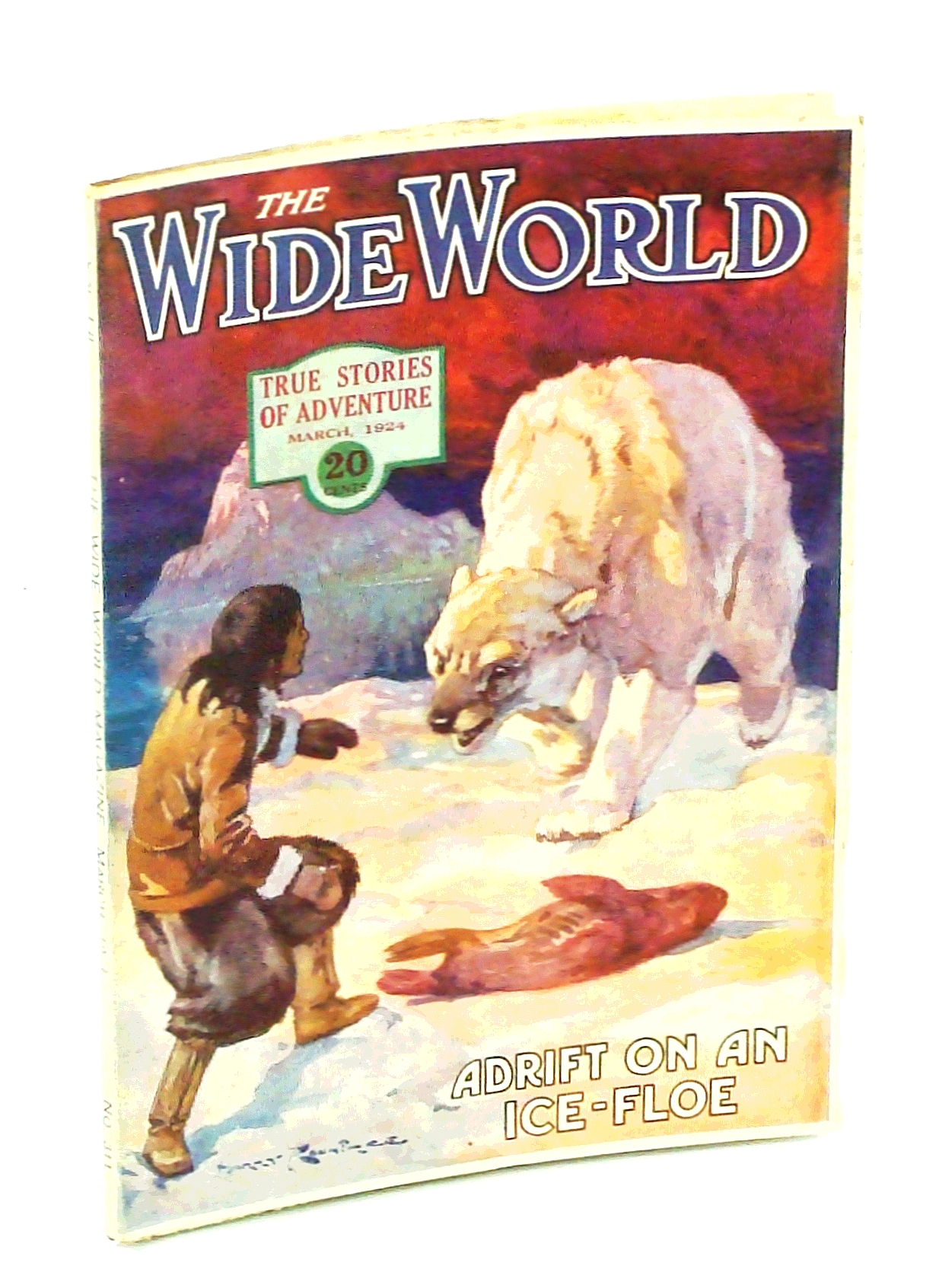 Abundant black and white illustrations and reproductions of photos. Features: The Hunting of Gonzales - An adventure of Senor Ramon Torres, a Captain of Rurales - the famous mounted police of Mexico; Adrift on an Ice-Floe - Lieut. Commander Fitzhugh Green provides a photo-illustrated account of the amazing fashion in which a primitive Eskimo extricated himself from a predicament which would assuredly spelt death for a white man; An Englishwoman in Upper Egypt - Part II - Winifred S. Blackman's photo-illustrated account of the three winters she spent with the local people of Upper Egypt; Frase...
View More...