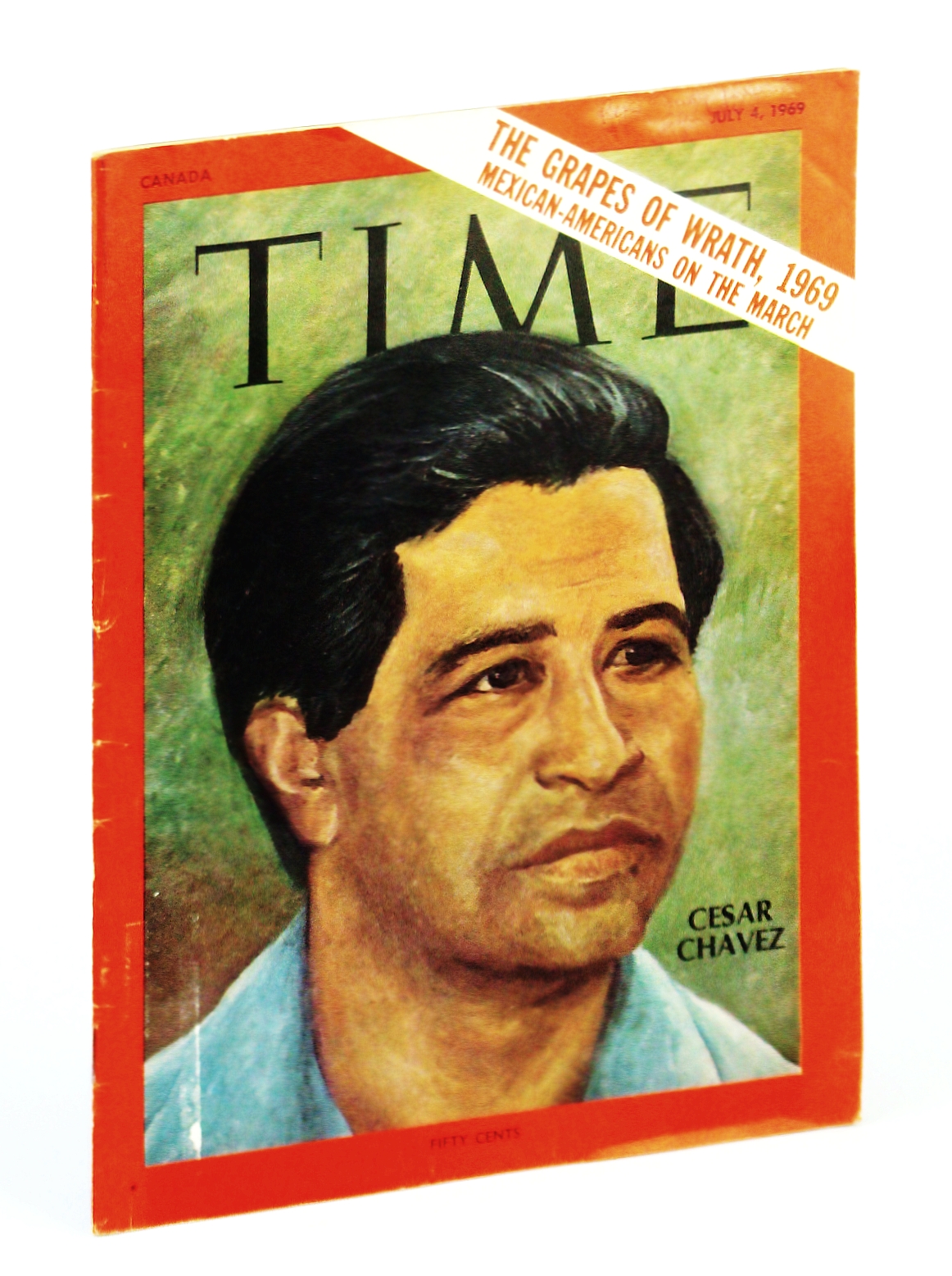 64 pages. Features: Jack Barbeau's Canada; The Dangers of the New Promiscuity; Canada consists of two solitudes that meet and greet in hope and hate; On Being (Farley) Mowat; As French Canadian as Baseball - The Expos are more fun than the FLQ; Pierre and Margaret Trudeau - Our Heroes on the Russian Front - What does it mean when the boureois leader of a third-rank power pays a state visit to the USSR in the company of his beautiful bride? - article with colour photos of the Trudeaus in Russia; Thanks Darling for Making Me What I Am Today - stories and photos of celebrity couples - Mrs. Rompi... View more info

The Canadian Magazine, June 22, 1968 *PHOTO OF PIERRE TRUDEAU IN COVER*

Features: Colour cover photos of Pierre Trudeau and Robert Stanfield; "Trudeau and Stanfield on Movies, Luck, Women... things like that; Women just don't know their place - The Royal Commission on the Status of Women holds court across Canada; It's still a lazy, lovely boy's world - Hugh Garner; Rabies - the disease is making frightening advances all across the country; The Tragecy of a Jockey - Queen's Plate winning Chris Rogers is recovering from his 18 beers a day habit; Maggie Grant; Doug Wright's Family. Clean and unmarked with average wear. Once inch tear to lower fore-edge of fro... View more info

Features: Everything you wanted always wanted to know about the life of a stewardess... but were too shy to ask; On the Road with Young Canada - Part 2 of Dave Cobb's motorbike ride across Canada; So you think Pierre Trudeau's Doing a Lousy Job? - test your knowledge of the P.M.; The Quarterback's Bodyguards - offensive guards - Bill Danychuk, Jack Abendschan, Ken Sugarman, Roger Scales (Please note: pages 15 and 16 of this article are missing from this copy); Nancy Greene in the Marketplace - she makes $100,000 a year but she only endorses products she believes in; Professor Igor Kusyszyn tea... View more info

Five pages of photos, most in colour, of Pierre and Margaret Trudeau and their wedding; Don't Cry, There's Still Richard Hatfield - The bachelor premier of New Brunswick is young and handsome and drives a Cougar - he also has lots of money and likes discotheques (for those women upset that Pierre Trudeau is now off the market); Maggie Grant; Gorgeous fashion photos of Scrunchable Hats; CBC's International Shortwave Radio Service in Sackville, New Brunswick; The Great Jim Stillwagon Steal - Green Bay Packers fumble, Toronto Argonauts recover, and Canadian football (CFL) comes up with the finest... View more info

The Canadian Magazine, 1 May 1971 *COVER PHOTO OF MAURICE 'THE ROCKET' RICHARD*

Features: Rocket Richard - on the brink of 50... and oblivion; Great old stories from our pages polished and returned 'good as new' - Zoltan Szoboszloi, Anne Murray, Jacqueline Kennedy; The Canadian Magazine kite; What's Where (and worthwhile) in Halifax - or, the things the guidebooks never tell you (please note that there are several long black ink marks across this article; The kindest cut of all - it's called the Caesar, the lady barber says, and it covered Pierre Trudeau's bald spot - Lucille Savage, co-owner of Ottawa's Le Connoisseur. Average wear. Short tears to and chips from fore-e... View more info