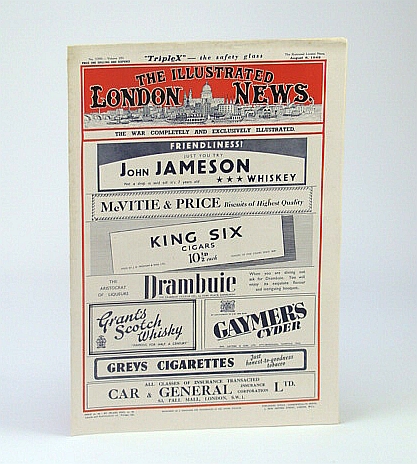 Pages 141-168. Features: Cover photo of General Sir Alan Brooke and Lt.-Gen. Archibald Nye; Page of illustrations of decorations as worn in the United States Army and Navy; Two pages of illustrations of the Insignia of Rank of U.S. Army and Navy Personnel Compared with those of Equivalent British Officers; Photos of Dover's cliffs as seen from occupied France, and a close-up photo of Dover's cliffs , with black smoke in the distance where German shells are falling near Dover; Training and the Test of Battle - article with map entitled "The Therman Thrust to the Caucasus, and the Soviet's ...
View More... 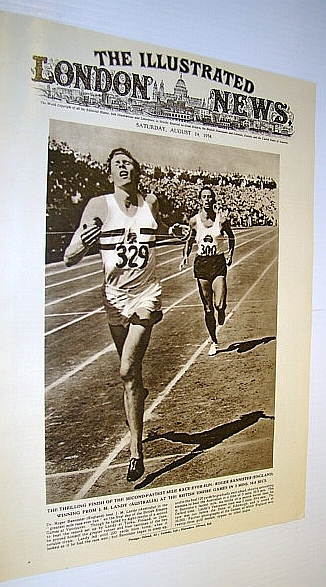 Pages 237-276 Features: Photo of Dr. Ali Amini, Persian Finance Minister, reading statement at the conclusiont of the three-year-old dispute between the Anglo-Iranian Oil Company and Persia; Two large aerial photos of Abadan, the greatest oil refinery in the world; Various Royal sightings in England; The Duke of Edinburgh tours Canada; 15 photos of the Empire Games in Vancouver, at which England became 'unofficial champion'; Review of book "The Ribbentrop Memoirs" with photos; Page of photos of the opening of the Empire Games in Vanocuver; Photos of Haile Selassie in Athens; Photo of ...
View More...

Features/Photos: in colour - the new Forth Road bridge, and other subjects; Queen Mary seamen and crew strike; The first U.N. troops in Katanga - a peaceful entry; The Royal visit to Orkney and Shetland Islands - a British monarch's first visit to the Shetlands for 700 years; teaching the Australian aboriginals to live in a modern world; American military inventions - up-to-date equipment in the United States Army; Karabel in Lycia; An American space triumph - the 13th Discoverer satellite; and more. Clean and unmarked with moderate wear. Sound copy.
View More...